Started by Dandelion Ass · 1 Replies
Reply to this topic 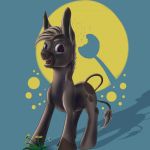 Well this is not an ask for help more some kind of recommendation or sort of.
I'm a windows guy for years, but I think win10 is terrible, it forces you to do upgrades, it sends a lot of data to "some one over there" and, over all I think this is a terrible OS compared to WinXP or Win7. So what to do? Buy a Mac? Well they are ok, but a bit expensive, and the same problems with registrations and bla bla...

So Linux then? It's free, it comes in many flavors, well to many to know what to get.
Ubuntu is big, so is Mint, they are relative userfriendly, but I always run into trouble with something, so I revert back to that windows machines again.

But now this month there is a new release of an obscure mod of Ubuntu, the MakuluLinux. It looks very much like windows it comes preloaded with a lot of programs, and surprise... it work out of the box on every computer I tested it on.

I know the learning curve is there still and that it can't just replace my use of windows, but at least for me it is a way to get into Linux and feel a little bit more at "home".

At the moment the release is just a Test Build, but it seems stable enough to work.

You can find it and more info at : http://www.makululinux.com/ 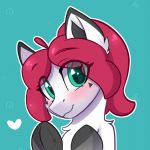 Thank you for participate in the forum, if you want to add a new section or have any idea to improve the page just let me know in the support forum ^w^

Are you sure that you want to delete this post ?